Create an Account - Increase your productivity, customize your experience, and engage in information you care about.

The city manager is appointed by the City Council and serves as the administrative head of the city. He is responsible for the operation of all city departments, providing leadership, direction, and guidance. In this city, the city manager also serves as the city clerk and personnel officer, as well as the executive director of the Irwindale Redevelopment Agency, Housing Authority, and Finance Authority.

The city manager welcomes your active input and comments. 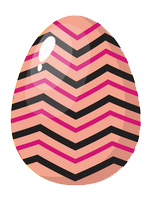